Nexa Resources (NYSE:NEXA) last released its quarterly earnings data on Thursday, April 29th. The company reported $0.17 EPS for the quarter, missing the consensus estimate of $0.25 by ($0.08). Nexa Resources had a negative net margin of 0.54% and a positive return on equity of 2.44%. The company had revenue of $602.93 million during the quarter. On average, research analysts predict that Nexa Resources will post 1.61 EPS for the current fiscal year.

Nexa Resources SA, through its subsidiaries, engages in the zinc mining and smelting business. It also produces zinc, silver, gold, copper, cement, sulfuric acid, lead, agricultural lime, and copper sulfate deposits. The company owns and operates five underground polymetallic mines, including three located in the Central Andes of Peru; and two located in the state of Minas Gerais in Brazil. 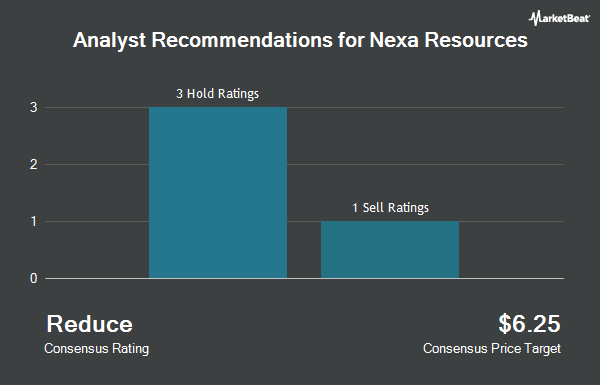 Complete the form below to receive the latest headlines and analysts' recommendations for Nexa Resources with our free daily email newsletter: