Canadian National Railway (TSE:CNR) (NYSE:CNI) last issued its quarterly earnings results on Monday, April 26th. The company reported C$1.23 earnings per share for the quarter, missing the Thomson Reuters’ consensus estimate of C$1.24 by C($0.01). The company had revenue of C$3.54 billion during the quarter, compared to the consensus estimate of C$3.55 billion. As a group, equities research analysts predict that Canadian National Railway will post 6.2915347 earnings per share for the current year. 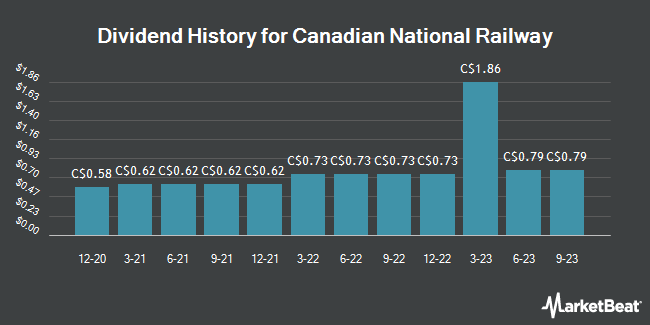