Aemetis, Inc. (NASDAQ:AMTX) Given Consensus Rating of “Buy” by Brokerages

Shares of Aemetis, Inc. (NASDAQ:AMTX) have received a consensus recommendation of “Buy” from the nine research firms that are currently covering the stock, MarketBeat Ratings reports. One analyst has rated the stock with a hold rating and eight have assigned a buy rating to the company. The average 12 month price target among brokers that have issued ratings on the stock in the last year is $31.80.

Aemetis, Inc is a renewable fuels and biochemical company, which engages in the acquisition, development, and commercialization of technologies that replace traditional petroleum-based products. It operates through the North America and India geographical segments. The North America segment manages Keyes Plant in California, the cellulosic ethanol facility in Riverbank, the cluster of biogas digesters on dairies near Keyes, California, the Goodland Plant, Kansas and the research and development facility in Minnesota. 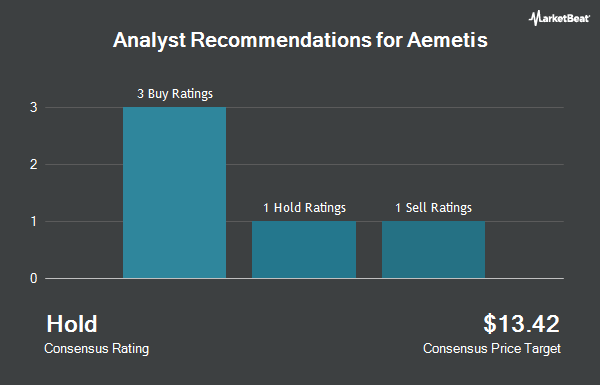 Receive News & Ratings for Aemetis Daily - Enter your email address below to receive a concise daily summary of the latest news and analysts' ratings for Aemetis and related companies with MarketBeat.com's FREE daily email newsletter.

Dragonchain Trading Up 52.9% Over Last Week

Complete the form below to receive the latest headlines and analysts' recommendations for Aemetis with our free daily email newsletter: