Atlas Air Worldwide Holdings, Inc. (NASDAQ:AAWW) has received a consensus rating of “Buy” from the eight ratings firms that are covering the stock, MarketBeat.com reports. One equities research analyst has rated the stock with a hold recommendation and six have issued a buy recommendation on the company. The average 12 month target price among brokers that have issued ratings on the stock in the last year is $87.20.

AAWW has been the subject of several analyst reports. Zacks Investment Research raised Atlas Air Worldwide from a “hold” rating to a “buy” rating and set a $82.00 price objective for the company in a research note on Monday, August 9th. Stifel Nicolaus assumed coverage on Atlas Air Worldwide in a report on Monday, June 21st. They issued a “buy” rating for the company.

Atlas Air Worldwide (NASDAQ:AAWW) last issued its quarterly earnings data on Wednesday, August 4th. The transportation company reported $4.10 EPS for the quarter, topping the consensus estimate of $3.37 by $0.73. The firm had revenue of $990.43 million during the quarter, compared to the consensus estimate of $959.10 million. Atlas Air Worldwide had a return on equity of 18.34% and a net margin of 12.66%. The company’s quarterly revenue was up 20.0% compared to the same quarter last year. During the same period in the prior year, the business posted $4.71 earnings per share. Equities analysts anticipate that Atlas Air Worldwide will post 15.06 earnings per share for the current year. 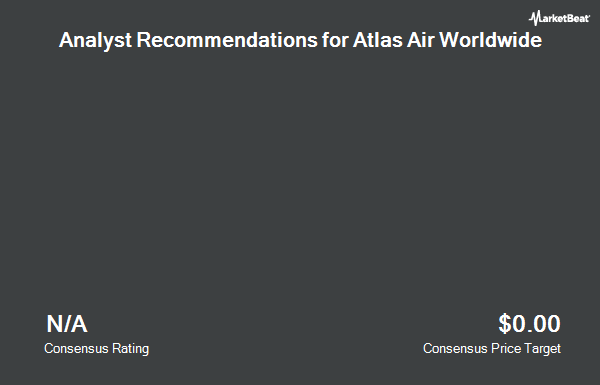 $1.62 Billion in Sales Expected for Roper Technologies, Inc. This Quarter

Freehold Royalties Ltd. Given Average Recommendation of “Buy” by Brokerages