Principal Financial Group Inc. raised its holdings in Strongbridge Biopharma plc (NASDAQ:SBBP) by 92.5% in the second quarter, according to the company in its most recent filing with the Securities and Exchange Commission. The fund owned 93,756 shares of the biotechnology company’s stock after acquiring an additional 45,049 shares during the period. Principal Financial Group Inc. owned approximately 0.14% of Strongbridge Biopharma worth $278,000 at the end of the most recent quarter.

Separately, Zacks Investment Research raised shares of Strongbridge Biopharma from a “sell” rating to a “hold” rating in a research note on Thursday, October 7th.

Strongbridge Biopharma Plc operates as a commercial-stage biopharmaceutical company, which focuses on the development and commercialization of therapies for rare diseases. Its pipeline is comprised of Keveyis, Macrilen, Recorlev, and Veldoreotide. The company was founded in 1996 and is headquartered in Trevose, PA.

Want to see what other hedge funds are holding SBBP? Visit HoldingsChannel.com to get the latest 13F filings and insider trades for Strongbridge Biopharma plc (NASDAQ:SBBP). 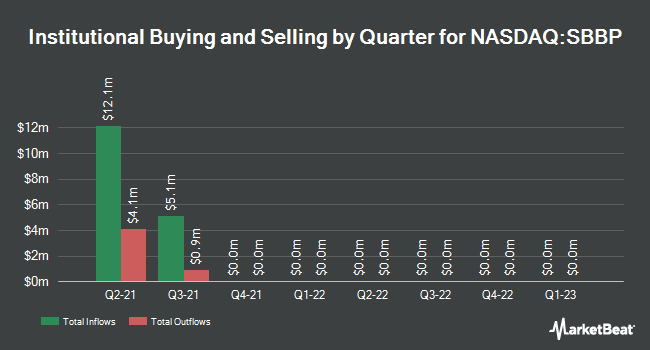 Analysts Expect Coty Inc. Will Announce Earnings of $0.02 Per Share

Complete the form below to receive the latest headlines and analysts' recommendations for Strongbridge Biopharma with our free daily email newsletter: