Ideanomics (NASDAQ:IDEX) posted its earnings results on Monday. The company reported ($0.11) EPS for the quarter, missing analysts’ consensus estimates of ($0.01) by ($0.10), Fidelity Earnings reports. Ideanomics had a negative return on equity of 19.57% and a negative net margin of 79.71%. During the same period in the previous year, the company earned ($0.03) earnings per share.

Separately, Zacks Investment Research upgraded Ideanomics from a “sell” rating to a “hold” rating in a research report on Tuesday, October 19th.

In other Ideanomics news, Chairman Shane Mcmahon sold 500,000 shares of the business’s stock in a transaction that occurred on Friday, September 24th. The stock was sold at an average price of $2.06, for a total transaction of $1,030,000.00. The sale was disclosed in a legal filing with the SEC, which can be accessed through this hyperlink. 3.30% of the stock is currently owned by insiders.

Featured Article: What is the definition of a trade war? 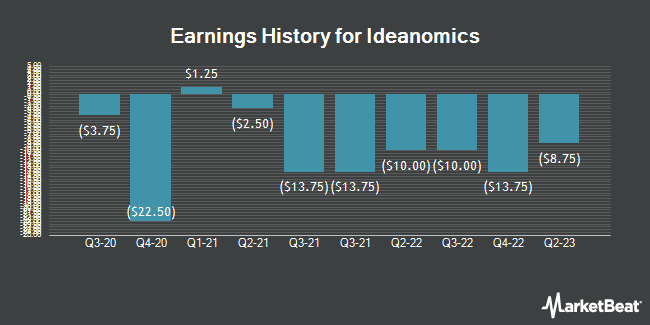 Complete the form below to receive the latest headlines and analysts' recommendations for Ideanomics with our free daily email newsletter: