Fate Therapeutics, Inc. (NASDAQ:FATE) insider Bahram Valamehr sold 5,596 shares of the firm’s stock in a transaction dated Monday, January 10th. The shares were sold at an average price of $46.38, for a total transaction of $259,542.48. The transaction was disclosed in a legal filing with the SEC, which is accessible through this link. 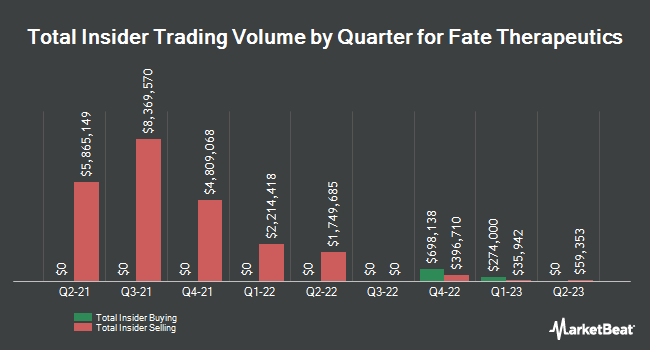 Complete the form below to receive the latest headlines and analysts' recommendations for Fate Therapeutics with our free daily email newsletter: