Zuora, Inc. (NYSE:ZUO) CRO Robert J. Traube sold 9,131 shares of Zuora stock in a transaction that occurred on Wednesday, January 12th. The shares were sold at an average price of $16.93, for a total value of $154,587.83. The transaction was disclosed in a filing with the SEC, which is accessible through this hyperlink.

Zuora (NYSE:ZUO) last posted its quarterly earnings results on Wednesday, December 1st. The company reported ($0.02) earnings per share for the quarter, topping the Thomson Reuters’ consensus estimate of ($0.03) by $0.01. Zuora had a negative return on equity of 45.14% and a negative net margin of 24.76%. The firm had revenue of $89.23 million during the quarter, compared to analysts’ expectations of $86.54 million. During the same quarter in the previous year, the business earned ($0.13) earnings per share. The company’s revenue was up 15.5% on a year-over-year basis. Analysts expect that Zuora, Inc. will post -0.65 EPS for the current year.

Several research firms recently weighed in on ZUO. Jefferies Financial Group dropped their price target on Zuora from $21.00 to $19.00 in a research report on Thursday, January 6th. Morgan Stanley upgraded Zuora from an “underweight” rating to an “equal weight” rating and lifted their price target for the company from $13.00 to $18.00 in a research report on Friday, October 1st. Zacks Investment Research downgraded Zuora from a “hold” rating to a “sell” rating in a report on Wednesday, December 8th. boosted their target price on Zuora from $23.00 to $27.00 and gave the stock a “buy” rating in a report on Tuesday, October 26th. Finally, Craig Hallum initiated coverage on Zuora in a report on Thursday, September 30th. They issued a “buy” rating and a $24.00 target price on the stock. One analyst has rated the stock with a sell rating, two have given a hold rating and four have assigned a buy rating to the stock. According to data from MarketBeat, the company presently has a consensus rating of “Hold” and an average target price of $22.29. 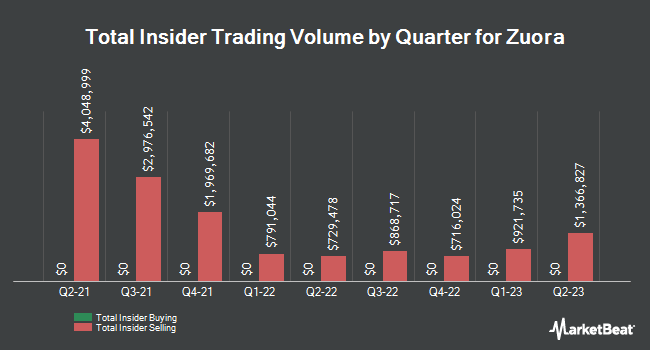 Receive News & Ratings for Zuora Daily - Enter your email address below to receive a concise daily summary of the latest news and analysts' ratings for Zuora and related companies with MarketBeat.com's FREE daily email newsletter.

Commonwealth Bank of Australia Shares Down 1%

Complete the form below to receive the latest headlines and analysts' recommendations for Zuora with our free daily email newsletter: