Milestone Pharmaceuticals Inc, a biopharmaceutical company, focuses on the development and commercialization of cardiovascular medicines. The company is developing etripamil, a novel channel blocker, which is in Phase III clinical trial for the treatment of paroxysmal supraventricular tachycardia in the United States and Canada; and Phase II clinical trial for the treatment of atrial fibrillation and rapid ventricular rate. 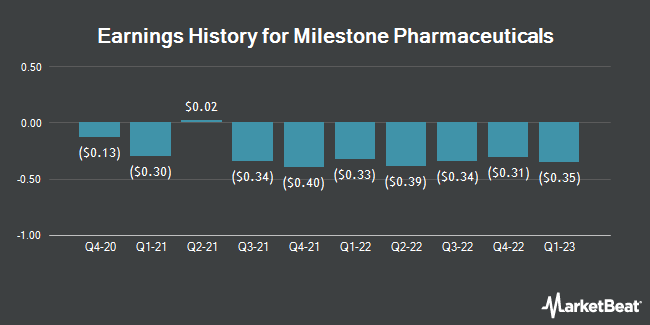 Complete the form below to receive the latest headlines and analysts' recommendations for Milestone Pharmaceuticals with our free daily email newsletter: