A number of brokerages have recently weighed in on KNTE. Stifel Nicolaus reissued a “buy” rating and issued a $35.00 price objective on shares of Kinnate Biopharma in a report on Friday, February 11th. Zacks Investment Research raised Kinnate Biopharma from a “sell” rating to a “hold” rating in a report on Wednesday, March 30th. One analyst has rated the stock with a hold rating and four have issued a buy rating to the company’s stock. Based on data from MarketBeat, Kinnate Biopharma has an average rating of “Buy” and an average target price of $41.67. 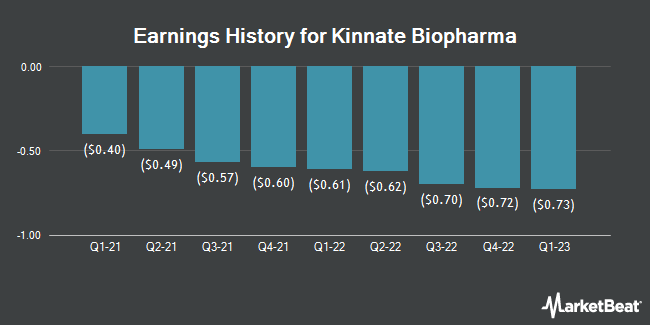 Denny’s Co. Expected to Announce Earnings of $0.15 Per Share

Complete the form below to receive the latest headlines and analysts' recommendations for Kinnate Biopharma with our free daily email newsletter: