Tufin Software Technologies (NYSE:TUFN – Get Rating) released its quarterly earnings results on Thursday. The company reported ($0.28) earnings per share (EPS) for the quarter, missing analysts’ consensus estimates of ($0.24) by ($0.04), Briefing.com reports. The business had revenue of $26.10 million during the quarter, compared to the consensus estimate of $28.03 million. Tufin Software Technologies had a negative net margin of 33.28% and a negative return on equity of 62.67%. The firm’s revenue for the quarter was up 22.0% compared to the same quarter last year.

Several research analysts have recently issued reports on TUFN shares. Colliers Securities lowered shares of Tufin Software Technologies from a “buy” rating to a “neutral” rating in a research note on Wednesday, April 6th. Zacks Investment Research upgraded Tufin Software Technologies from a “hold” rating to a “buy” rating and set a $15.00 target price for the company in a report on Wednesday, April 13th. Finally, Stifel Nicolaus reduced their price objective on Tufin Software Technologies from $11.00 to $10.00 and set a “hold” rating for the company in a research report on Monday, March 21st. Five investment analysts have rated the stock with a hold rating and two have given a buy rating to the company. According to data from MarketBeat.com, the company presently has an average rating of “Hold” and an average target price of $12.57.

Tufin Software Technologies Ltd., together with its subsidiaries, develops, markets, and sells software-based solutions primarily in the United States, Israel, Europe, the Middle East, and Africa, Germany, the Asia Pacific, and internationally. The company provides SecureTrack, which enables security administrators to define and manage a centralized security policy, minimize the attack surface, and ensure continuous compliance across the network; SecureChange that is used to assess, provision, and verify security configuration changes across physical networks and cloud platforms, while maintaining security and compliance; and SecureApp, which is used to define, manage, and monitor network connectivity for their applications. 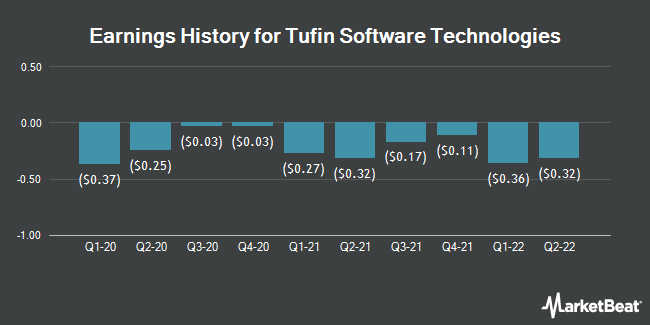 Complete the form below to receive the latest headlines and analysts' recommendations for Tufin Software Technologies with our free daily email newsletter: