In other First Savings Financial Group news, Director Frank Czeschin bought 3,000 shares of the company’s stock in a transaction that occurred on Thursday, April 28th. The shares were acquired at an average cost of $24.91 per share, for a total transaction of $74,730.00. Following the acquisition, the director now directly owns 30,876 shares of the company’s stock, valued at $769,121.16. The purchase was disclosed in a document filed with the SEC, which is available at the SEC website. 14.26% of the stock is owned by insiders. 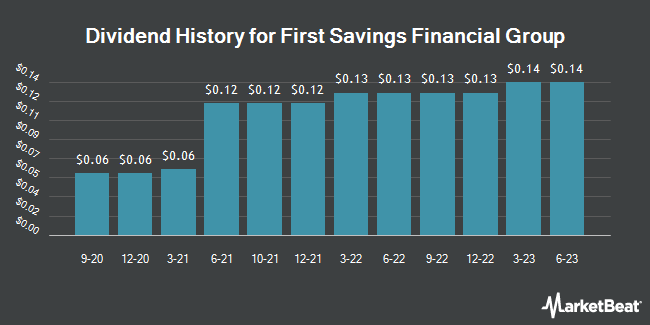 Complete the form below to receive the latest headlines and analysts' recommendations for First Savings Financial Group with our free daily email newsletter: