AMERCO (NASDAQ:UHAL – Get Rating) issued its quarterly earnings data on Wednesday. The transportation company reported $4.42 EPS for the quarter, missing the consensus estimate of $7.38 by ($2.96), MarketWatch Earnings reports. AMERCO had a return on equity of 20.24% and a net margin of 19.82%. During the same period in the previous year, the company earned $3.76 earnings per share.

The company also recently declared a dividend, which was paid on Friday, April 29th. Shareholders of record on Monday, April 18th were given a dividend of $0.50 per share. The ex-dividend date was Thursday, April 14th.

Separately, StockNews.com assumed coverage on AMERCO in a report on Thursday, March 31st. They set a “buy” rating for the company. 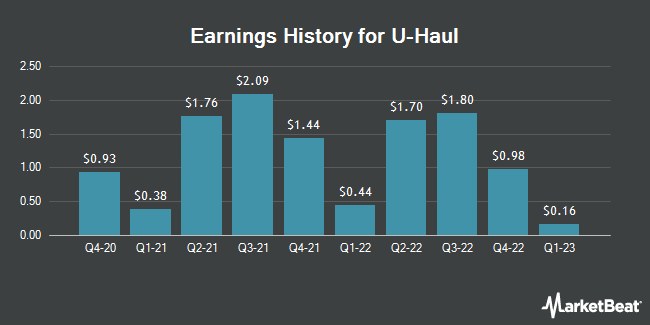