F-star Therapeutics, Inc. (NASDAQ:FSTX – Get Rating) has earned an average recommendation of “Moderate Buy” from the six brokerages that are presently covering the stock, MarketBeat reports. Three equities research analysts have rated the stock with a hold recommendation and three have assigned a buy recommendation to the company. The average 1-year price target among brokerages that have issued ratings on the stock in the last year is $34.33.

F-star Therapeutics (NASDAQ:FSTX – Get Rating) last announced its quarterly earnings data on Tuesday, May 10th. The company reported ($0.57) earnings per share for the quarter, topping the consensus estimate of ($0.63) by $0.06. The firm had revenue of $2.55 million for the quarter, compared to analyst estimates of $2.30 million. On average, research analysts forecast that F-star Therapeutics will post -2.35 earnings per share for the current fiscal year.

F-star Therapeutics, Inc, a clinical-stage biopharmaceutical company, develops tetravalent bispecific antibodies for cancer therapy. Its medicines are used in immuno-oncology treatments. The company's principal product candidate is FS118 and is being evaluated in a proof-of-concept Phase 2 trial in PD-1/PD-L1 acquired resistance head and neck cancer patients. 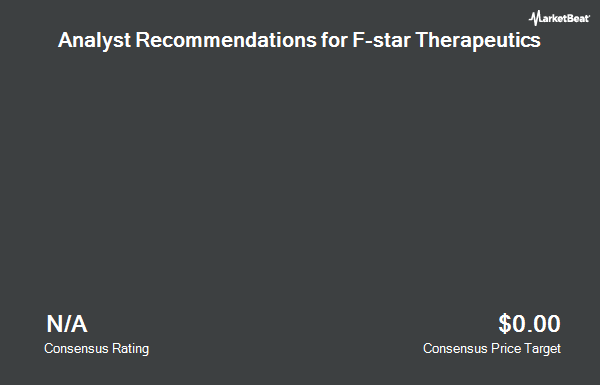 Complete the form below to receive the latest headlines and analysts' recommendations for F-star Therapeutics with our free daily email newsletter: