Pernod Ricard SA (OTCMKTS:PDRDY – Get Rating) has been given an average recommendation of “Moderate Buy” by the ten analysts that are currently covering the firm, Marketbeat reports. One investment analyst has rated the stock with a sell rating, three have assigned a hold rating and six have issued a buy rating on the company. The average 1 year target price among analysts that have issued a report on the stock in the last year is $222.00. 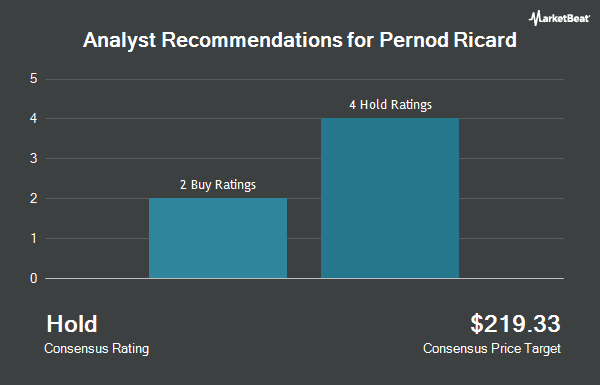 The Transfer Token Price Down 98.7% This Week

TOWER Trading Up 11.5% Over Last Week

Complete the form below to receive the latest headlines and analysts' recommendations for Pernod Ricard with our free daily email newsletter: