In other news, Director Debra L. Lee sold 2,145 shares of Marriott International stock in a transaction that occurred on Tuesday, May 31st. The shares were sold at an average price of $171.30, for a total transaction of $367,438.50. Following the sale, the director now owns 1,224 shares in the company, valued at $209,671.20. The transaction was disclosed in a document filed with the SEC, which is available at this link. Company insiders own 12.21% of the company’s stock. 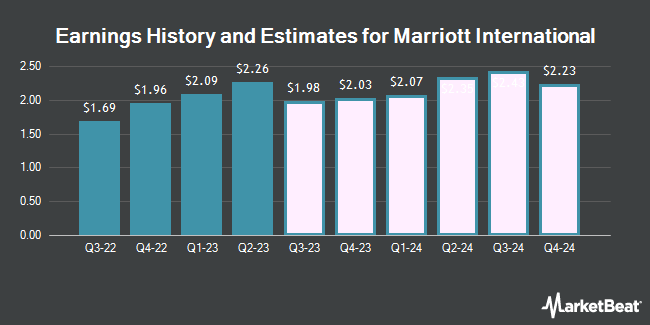 Complete the form below to receive the latest headlines and analysts' recommendations for Marriott International with our free daily email newsletter: