General Mills, Inc. (NYSE:GIS – Get Rating) CEO Jeffrey L. Harmening sold 37,895 shares of the stock in a transaction that occurred on Wednesday, September 21st. The shares were sold at an average price of $80.00, for a total transaction of $3,031,600.00. Following the completion of the transaction, the chief executive officer now owns 279,482 shares of the company’s stock, valued at $22,358,560. The transaction was disclosed in a document filed with the Securities & Exchange Commission, which is available through this link.

General Mills (NYSE:GIS – Get Rating) last issued its quarterly earnings results on Wednesday, September 21st. The company reported $1.11 EPS for the quarter, beating the consensus estimate of $1.00 by $0.11. General Mills had a net margin of 14.25% and a return on equity of 23.74%. The business had revenue of $4.72 billion during the quarter, compared to the consensus estimate of $4.72 billion. During the same quarter in the prior year, the firm earned $0.99 EPS. The firm’s quarterly revenue was up 3.9% on a year-over-year basis. On average, sell-side analysts predict that General Mills, Inc. will post 4 EPS for the current year.

The business also recently announced a dividend, which was paid on Thursday, July 7th. Shareholders of record on Friday, July 8th were given a $0.54 dividend. The ex-dividend date of this dividend was Thursday, July 7th. General Mills’s payout ratio is 48.87%. 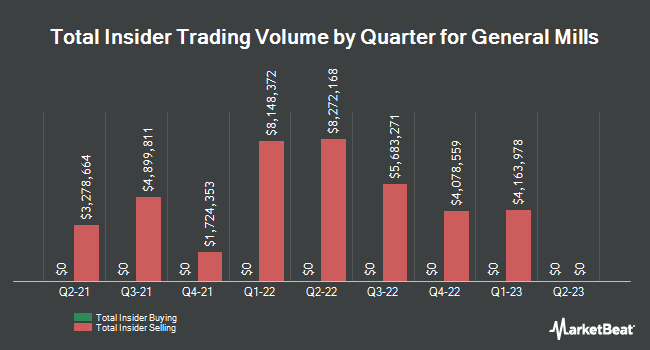