Copa (NYSE:CPA – Get Rating) was upgraded by stock analysts at StockNews.com from a “hold” rating to a “buy” rating in a report released on Thursday.

Institutional Investors Weigh In On Copa

Copa Holdings, SA, through its subsidiaries, provides airline passenger and cargo services. The company offers approximately 204 daily scheduled flights to 69 destinations in 29 countries in North, Central, and South America, as well as the Caribbean from its Panama City hub. As of December 31, 2021, it operated a fleet of 91 aircraft comprising 77 Boeing 737-Next Generation aircraft and 14 Boeing 737 MAX 9 aircraft. 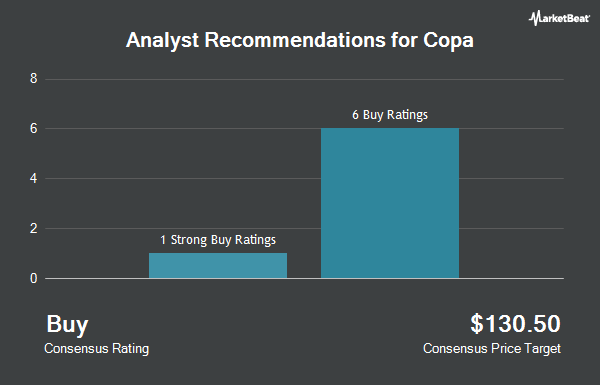 Receive News & Ratings for Copa Daily - Enter your email address below to receive a concise daily summary of the latest news and analysts' ratings for Copa and related companies with MarketBeat.com's FREE daily email newsletter.

Complete the form below to receive the latest headlines and analysts' recommendations for Copa with our free daily email newsletter: