Several analysts recently issued reports on the company. Bank of America reiterated a “buy” rating and set a $370.00 target price on shares of Netflix in a research report on Tuesday, November 15th. Barclays raised their price target on Netflix from $235.00 to $250.00 and gave the stock an “equal weight” rating in a research note on Friday. StockNews.com started coverage on Netflix in a report on Wednesday, October 12th. They set a “hold” rating on the stock. New Street Research started coverage on Netflix in a report on Wednesday, January 4th. They set a “neutral” rating and a $304.00 price objective on the stock. Finally, Cowen lifted their price target on Netflix from $405.00 to $440.00 in a report on Friday. Three equities research analysts have rated the stock with a sell rating, seventeen have issued a hold rating and twenty-one have given a buy rating to the company’s stock. According to data from MarketBeat, the stock presently has a consensus rating of “Hold” and an average target price of $338.47.

Hedge Funds Weigh In On Netflix 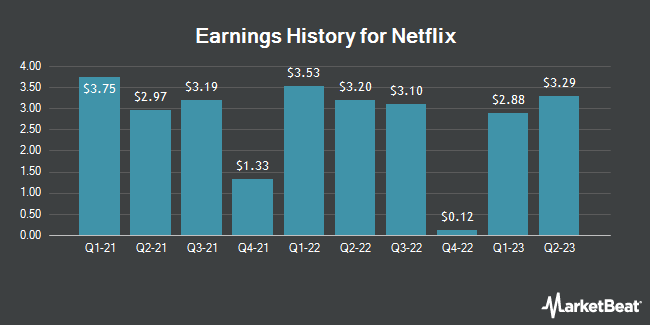