Legend Biotech (NASDAQ:LEGN – Get Rating) had its price objective lifted by investment analysts at Barclays from $53.00 to $65.00 in a research report issued to clients and investors on Wednesday, The Fly reports. Barclays‘s target price would suggest a potential upside of 19.86% from the company’s current price.

Legend Biotech Corporation, a clinical-stage biopharmaceutical company, through its subsidiaries, engages in the discovery and development of novel cell therapies for oncology and other indications in the United States, China, and internationally. Its lead product candidate, LCAR- B38M, is a chimeric antigen receptor for the treatment of multiple myeloma (MM), as well as a comparison of the treatment with standard triplet therapy in revlimid-refractory multiple myeloma. 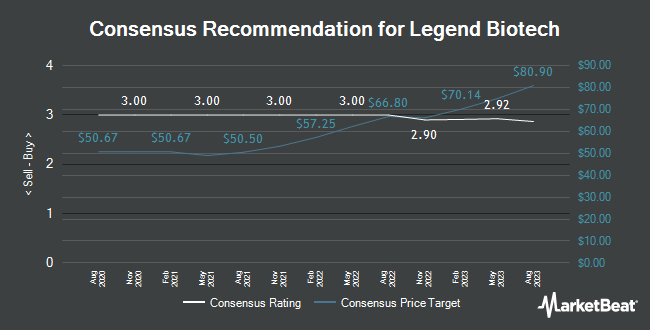 CTS Upgraded by StockNews.com to “Strong-Buy”

Complete the form below to receive the latest headlines and analysts' recommendations for Legend Biotech with our free daily email newsletter: